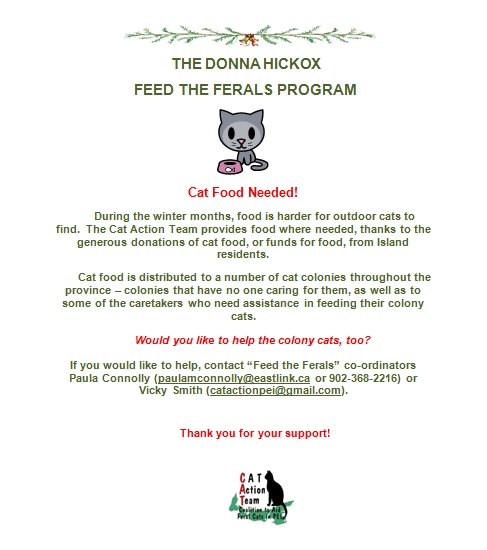 Donna Hickox was a valued volunteer of the Cat Action Team in PEI, since the Team was formed.  She was very concerned about the care of the stray/feral/barn cats after they were trapped, neutered, and released.  One of her concerns was that there be enough food to keep the cats fed and comfortable.  She was a regular helper in the distribution of food.

When she died on April 24, 2010, money that was given as a memorial to Donna was used to purchase cat food.

On July 2nd of the same year, Vicky Smith and Paula Connolly decided to approach the CAT Board with the idea of collecting pennies so that food could be obtained.  With the Board’s approval, Pennies for Paws was born.  By the end of the year, approximately $1,000 had been gathered.

Since the fall of 2013, donations of cat food have been requested (a tax receipt may be obtained upon receipt of a completed in-kind donation form and sales slip).  People are generous with food donations – some have donated several times.

The Donna Hickox Feed the Ferals Program ended in November 2016.  Our thanks to the many supporters who donated their pennies, their other change, and their coffee money that helped purchase cat food for community cats in need.

Thank you to Cat Action Team members Paula Connolly and Vicky Smith for their efforts over the past six years. 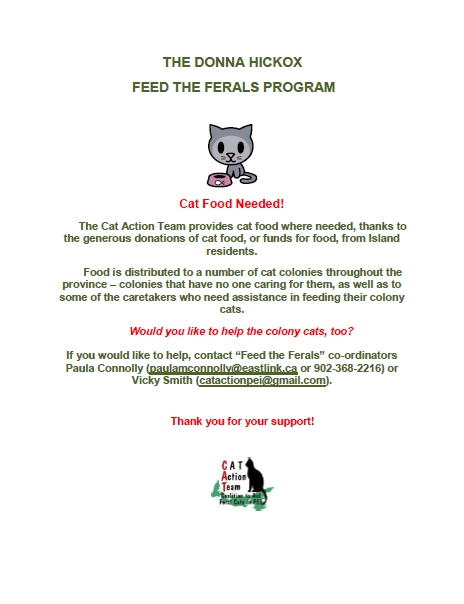 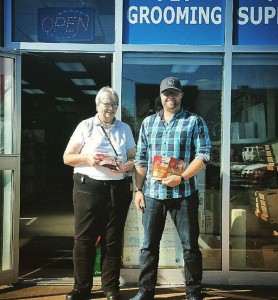 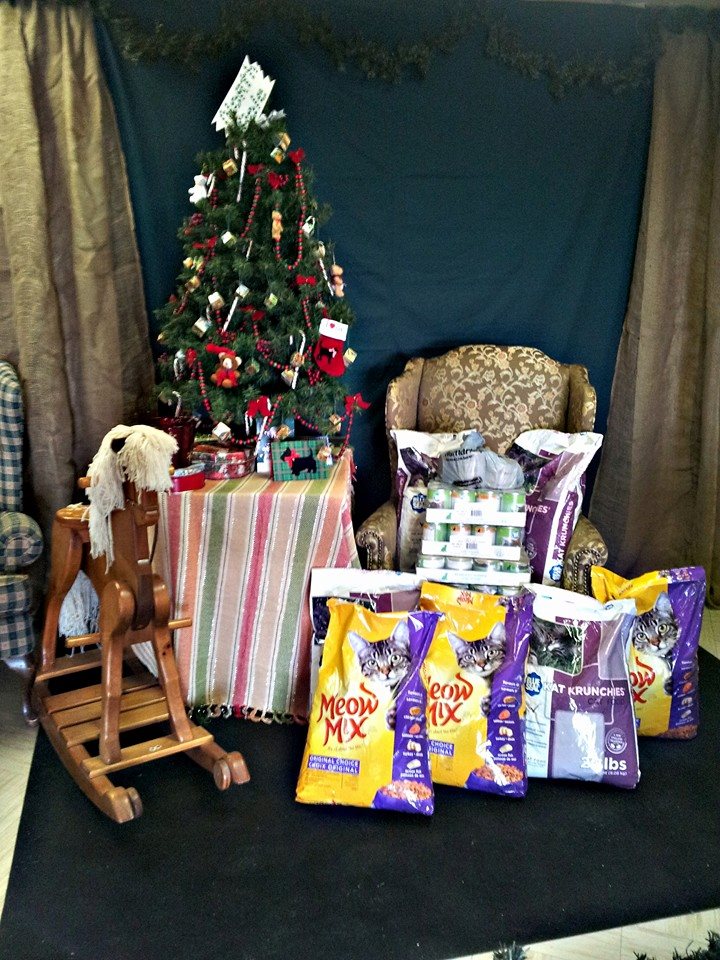 Thank you to Sunnybrook Farms Pet Supply for using the proceeds of a Tack Sale to purchase cat food for Cat Action Team colony cats.  Thanks, also, for the donations of Blue Seal cat food (for every can customers purchased, a can was donated to “Feed the Ferals”).

Thank you to everyone who has donated cat food to date, including cats Kringle and Quincy.  Several cats will benefit from your generosity.