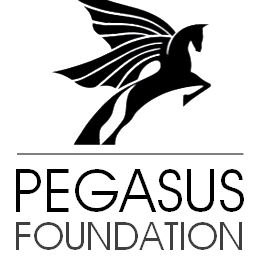 Dr. Eric K. Butler and Ms. Suzanne L. Rocca-Butler, through The Pegasus Family Foundation, have been providing annual grants to the Cat Action Team since 2003.

These grants support spay/neuter clinics, emergency medical and surgical care of feral cats, as well as the adoption of healthy and adoptable cats in PEI.

The Pegasus Family Fund is an advised fund of the Silicon Valley Community Foundation.

This grant was used for community cats needing to be spayed/neutered and treated in the western area of Prince County, in a concerted effort to quickly control the growth of colonies of cats reported in that area.  TNR efforts were targeted toward thirty-five new or existing colonies – eighty-two cats were helped.

Trap-neuter-return of “community cats” (unowned stray, feral and barn cats) was targeted to one area of Prince Edward Island – Montague in Kings County.  Cats were brought to the Montague Veterinary Clinic by farmers as well as caretakers of colonies of cats.  Fifty-four cats – 27 males, 27 females – were examined, treated for intestinal parasites, vaccinated (feline rhinotracheitis, calici, panleukopenia viruses, chlamydia, rabies) and spayed or neutered.  The cats were picked up later in the day by those who brought them in and released in their territory 24-48 hours after their surgeries.

The Cat Action Team achieved its objective – to spay/neuter and treat as many colonies of cats as grant funds allowed.  There are now fifty-four cats in better health and no longer able to breed.  The farmers, caretakers and their community benefited from these cats receiving care.  Possibly as a result of these cats being helped, a company in the Montague area offered to build twenty-one drop traps to help the Cat Action Team in its work.  It was an unexpected, but most welcome, offer.

Unowned outdoor cats from several communities were helped by the funds from this grant.  A total of 59 cats (38 females, 19 males) were treated, vaccinated, tattooed and spayed or neutered.  The Montague Veterinary Clinic, Kensington Veterinary Clinic and the Summerside Animal Hospital provided the needed services.

One of our goals was to ensure that whenever we trapped and neutered a colony, there were no unaltered males or females left that might reproduce again and neutralize the gains we had made. To that end, there were sometimes challenges in trapping the last remaining and elusive cat that remained unaltered. Our trappers were determined, however, and we were successful most of the time. A second challenge is that stray cats would sometimes appear in a colony that had been done, lost or abandoned by heartless owners who thought that dropping a cat off “in the country” was a good idea. We relied on our caregivers to notify us when this happened before those newly arrived strays could produce litters.

The project to spay, neuter, and vaccinate the stray, feral, and barn cats of PEI is ongoing. Although we are making progress, there is much left to do…